In stock (can be backordered)

When the Brain Tuners are simultaneously sounded – one in the left ear and the other in the right ear – the two hemispheres of the brain function together to integrate the two sounds, creating a third, different tone called a binaural beat. When the Fundamental Brain Tuner tuning fork is sounded with a Delta, Theta, Alpha, or Beta tuning fork the difference between the two tuning forks creates a binaural beat which is heard as a pulsation. The binaural beat gently signals the brain to shift into a different state of consciousness.

Alpha state is a place of deep relaxation, but not quite a meditation. In Alpha, we begin to access the wealth of creativity that lies just below our conscious awareness – it is the gateway, the entry point that leads into deeper states of consciousness.

Theta is known as the twilight state which we normally only experience fleetingly as we rise up out of the depths of delta upon waking or drifting off to sleep. In Theta, we are in a waking dream, vivid imagery flashes before the mind’s eye and we are receptive to information beyond our normal conscious awareness. Theta has also been identified as the gateway to learning a memory.

Delta is associated with deep sleep and long trains of thoughts about nothingness or energy without form. During delta, we plug into our source, the Universal Energy Field, and use the energy to revitalize our mind and body.

With a frequency tuned to the pulsation of the Earth, the Crystal Tuner amplifies the healing power of crystals through sonic vibration. Enhancing a crystal’s ability for light conduction and powerful sound healing, when tapped on a crystal, this tuning fork forms a bridge between Heaven and Earth. When you lightly hold the Crystal and Crystal Tuning Fork, a pulsating wave moving between the tuning fork and crystal may be felt.
Benefits:

Our Crystal Tuner is tuned to a frequency of 4096 cycles per second (cps). This frequency is generated from an 8cps fundamental tone raised nine octaves (i.e. 8 cps, 32 cps, 64 cps, 128 cps, 256 cps, 512 cps, 1024 cps, 2048 cps, 4096 cps.) The 8 cps fundamental resonates with the pulsation of the Earth. The ninth octave of the upper overtone series begins with 4096 cps and is said to open the doorway to angelic kingdoms. Alexander Scriaben, the Russian composer, believed that this octave united Heaven and Earth and would bring forth a new era. His last composition, Mysterium was to be played in India using bells hung from clouds sounding ninth octave harmonics.
* Crystal and pouch are not included.

Instructions
Hold a quartz crystal in one hand and the crystal tuning fork in your other hand. Gently tap the crystal fork on a crystal. Close your eyes and meditate on the sound as well as the feeling of the crystal in your hand. When working with another person, hold the crystal off the body with the point towards the area you want to energize. Gently tap the crystal with the tuning fork. Let the sound move gently into the person’s energy field. Visualize it with color and/or spinning in a positive direction. There are many possibilities for the Crystal Tuning Fork. Let your creativity and healing ability be your guide. 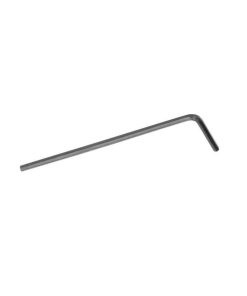