Where does the term Solfeggio come from?

Today Solfeggio is a singing technique used to teach music students how to recognize musical intervals. We are all familiar with the Solfeggio scale either from singing it in elementary school music class or from popular songs like “Do Re Me” from the Sound of Music.

CDEFGAB Do Re Mi Fa So, La Si

The Christian roots of Solfeggio go back to a Gregorian Chant titled The Hymm to St. John the Babtist written by Paul the Deacon in the 8th Century A.D.. The hymm contains the original Do Re Mi although in the those days it was Ut Re Mi. Ut was changed to “Do” in the 1600’s and the change from Sa to Si is lost to antiquity.

Where does the term Solfeggio come from?
Today Solfeggio is a singing technique used to teach music students how to recognize musical intervals. We are all familiar with the Solfeggio scale either from singing it in elementary school music class or from popular songs like “Do Re Me” from the Sound of Music.

CDEFGAB Do Re Mi Fa So, La Si

The Christian roots of Solfeggio go back to a Gregorian Chant titled The Hymm to St. John the Babtist written by Paul the Deacon in the 8th Century A.D.. The hymm contains the original Do Re Mi although in the those days it was Ut Re Mi. Ut was changed to “Do” in the 1600’s and the change from Sa to Si is lost to antiquity.

The lyrics to The Hymm to St. John the Babitist are:
Utqueant laxis Resonare fibris Mira gestorum Famuli tuorum Solve polluti Labii rreatru Sancte lohannes
The Latin text translates as “So that your servants may sing with clear voices the wonders of your deeds and wash the guilt from their stained lips.” My modified translation based on my knowledge of sound healing is, “So that we, the servants of the divine, may sing with tuned voices, and bring ourselves in resonance with the wonders of your vibrational universe”.

Is Solfeggio older than the Hymm to St. John the Baptist?
Yes. Solfeggio is based on a natural system of tuning called Pythagorean tuning. Pythagoras the Greek was a philosopher and mathematician who lived from 570-­‐ 496BC. In the West, the intervals of the Solfeggio are at least 1500 years old. In the East in Indian classical music, the equivalent to the Solfeggio is called sargram. Sagram is an acronym that represents musical tones similar to Do Re Mi. The sagram system for singing and chanting tones has been used in India thousands of years and is also based on natural intervals.

Is Ut or Do always the same?
No. The Ut or Do in music is called a tonic and ideally the tonic is mobile and not fixed. In other words the Ut could change from day to day. What is most important is the relationship / intervals between the tones. We do not have any idea of how Ut was tuned in terms of modern day frequencies because they did not have frequency measuring devices in the 8th Century. We do know that Pythagorean tuning based on a mobile Ut was the basis for all Gregorian tuning systems.

Can you say more about a moveable tonic?
A moveable tonic, i.e. Do or Ut, is very important to understand in the context of the healing arts. The tonic “sets the tone” of everything that follows. Life is change. Different moments, days, and times have their own unique tone signatures. Therefore variances are to be expected. The most important consideration for musicians for thousands of years was to discover and rediscover a tonic that “feels right” for the tuning of their instruments at the moment.

What does “feel right” mean?
In our modern Western music system “feel right” has been eliminated. We have come to rely on a standard tuning of A440 and use electronic tuning devices. However, in classical Indian music, the musicians will meditate and spend many hours, sometimes days, discovering “the right” Sa tone for a performance. There is a great debate in the musical and healing field about a standardized tuning tone.

I do not ascribe to the conspiracy theories concerning the implementation of A-­‐440 in the West as standardized concert pitch. I believe that standardization of pitch has advantages and disadvantages. The advantage is consistency and not spending hours tuning instruments. As a musician I can expect pianos to be tuned to A-­‐440 where-ever I go. It makes performance easier. The disadvantage is that where there is the least amount of diversity, the more limited our creative adaptability. However, I think the real disadvantage is not so much a standardized A-­‐440 as it is our exposure to limited forms of music on radio and television.

The greater our exposure to different music and sound, the greater our creative adaptability becomes. When we are open and listen to and play different music’s, move and dance in different ways, and create new forms of expression all aspects of our personal and cultural wellness will naturally improve. Simultaneously, our sense of “feel right” will naturally improve because we are “in tune” with our wants and needs. Suddenly “feel right” makes sense because we “just know” based on our increased vibrational freedom.

What is the Devil’s Tone?
In mid-­‐Evil music the devils tone was a tritone or an interval of three whole tones, known in modern harmony as an interval of an augmented 4th. The Church considered it the interval of the Devil or “the Devil’s Tone” because it sounded dissonant to them. Musicians were censored for playing it. To be censored meant the musicians could be thrown out of an orchestra or musical society. However, in some cases musicians were called witches, and were tortured or killed for playing the devils tone.

Today the devils tone is good music. There are conspiracy theorists that believe that A-­‐440 was designed to be played with the devils tone to create wars. I have a different opinion about this. I believe the devils tone is a harmonic part of beautiful music. Liszt used it in his Dante Sonata, and it is found throughout classical and modern music. In music., “the Devil” is always changing. For example, when Igor Stravinsky premiered his Right of Spring in Paris it created a riot and a group of doctors claimed his “devilish tones” hurt people’s ears. Today, the Rite of Spring is performed by many Ballet Companies to standing ovations. In other words, it is great music now, does not cause riots, and listeners are inspired and give donations to their ballet company. In my opinion, the true devil’s tone is any dogma leading to a limitation of music and sound.

What about using an A-­‐432 based on a 8 cps fundamental tone?
The tonic comes from a fundamental tone. Imagine a fountain that originates from a water source deep in the ground. The fundamental tone, although not seen or heard, is like the source of the fountain. The tonic is like water that rises in octaves into the range of hearing from the from fundamental. Therefore using different tonics, whether through “right feel” or modern frequency measurement, will create resonance with slightly different fundamentals.
For example the C-­‐259.2 and A-­‐432 make the Pythagorean ratio of 3/5 which in music is C and A or a major 6th. The equation for this is X/A-­‐332 = 3/5 = C-­‐259.2 and if you want to check divide 259.2/432 = .6 and 3/5 = .6. C is the tonic. In order to arrive at the fundamental divide 259.2 by 2 until you come to a single digit number. This is called reducing a frequency by octaves.

Why is an 8.1 cps fundamental important?
Remember that the tonic or Ut or Do tone is moveable. There have been historically slight variations which are reflected in different A and C tones. For example, the modern Western music system uses a standardized A-­‐440 which is based on a C-­‐261.63 which is resonant with a 8.175 fundamental. In the past, the frequency has varied from 420 to as high as 450. If one C-­‐252 / A-­‐420 and = 3/5 with C 252 arising from a 7.875 fundamental.
The BioSonic Solar Harmonic Spectrum uses a C-­‐256 and an A 426.7. C-­‐256 arises from an 8cps fundamental.
As you can see there are different fundamentals that arise from different frequency A’s. I believe they are all valid and that the variations are important. Here is why.

It seems the BioSonic Solar Harmonic Spectrum and Solfeggio Tuners are similar. Can you say something about this?
Yes, they are basically the same with a slight variation in fundamental. The Solar Harmonic Spectrum is Pythagorean tuned based on a C-­‐256 arising from a 8 cps fundamental. The 9 Solfeggio frequencies are
174 285 396 Hz 417 Hz 528 639 Hz 741 Hz 852 Hz 963

Yes and No. Love is an intention coming from the heart. When a mother sings a lullaby’s to her baby or a shaman sings medicine songs they may not sing on tune or anywhere near the exact frequency of 528cps. It does not matter. The sound will carry their intention of love. Therefore it is Yes for 528cps in this context. It is one frequency of all the possible frequencies in the universe that can carry the sound of love. It is no if you believe the 528cps is the only frequency that is the sound of love.

Is there anything else?
I think I have answered all of your questions. In general, I believe all sound and music is good and it is just a matter of what sound and music for whom and when. Healing means to make whole and complete. When you say a sound is bad then you divide yourself and this is the opposite of healing. My goal is to merge with sounds and to learn from the sound. I like to say “the sound is my teacher”. I like to have people experiment with sounds like little children. So when the Solfeggio tunings came out I was excited. They are different and I love to experiment and let the differences in the sound resound in my dreams.

There is a lot of spin around the Solfeggio tunings. I am a great admirer of spin. I call it trance. When the outcome of the trance is positive and uplifting for everyone than it is “healing spin”. For thousands of years sound and trance have been integrated for healing. So I would say be like a child, experiment with the Solfeggio sounds, and be your own editor when it comes to the spin. Most importantly enjoy being in the sound. 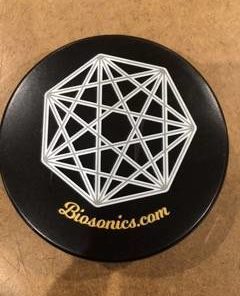 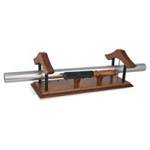 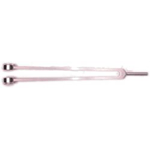 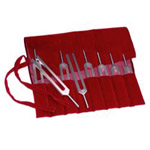 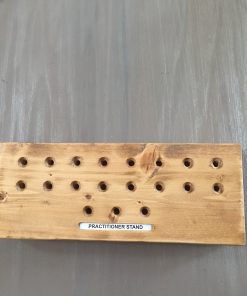 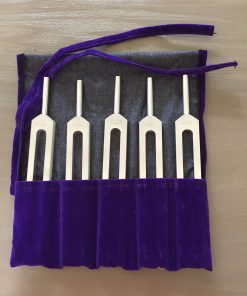 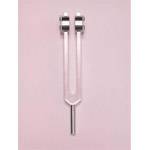 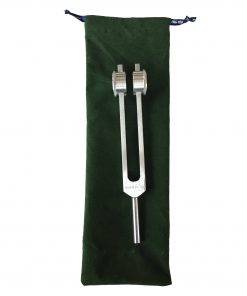 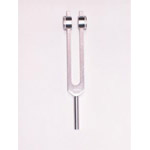